Paul began to learn guitar in 1980 to start a punk band called The State Renegades with a couple of mates, who happened to be brothers. His second band were, The Creeping Flesh Eating Rats From Mars That Devoured The Universe Last Saturday (probably the longest name for a band ever. Unless of course, you know different). Paul's next band and incidentally the first one to actually do a gig, were the High Cholesterol Meat Eaters. This band was essentially himself, doing a Sonic Youth sort of thing. In 1985 Paul started a record shop in Ilfracombe North Devon and two years later bought out the local music shop, He ran them for 7 years before deciding to move on to different things. During this time Paul started a fairly successful Ilfracombe band called The Pyromaniacs From Outerspace, who were a kind of Cramps style band. It was during this period that the infamous River of Desire was written, or kind of ripped off from The Orson Family. All though his is quite different. He began to teach guitar in 1986. Since then his guitar school has gone from strength. After qualifying as a teacher in 2003, he has taught in Braunton College, Woolacombe Infants School, and for Devon Adult and Community Learning. He is presently teaching at Ilfracombe Infant and Junior Schools, Berynarbor School, Chulmleigh School, and Chittlehampton and Filleigh Schools. He is teaching at Pilton Community College for Petroc. Presently Paul is playing for and running The Backtrackers, who are a fully professional band playing all over the U.K. The band was started in December 2001. They cover popular songs from the 60s to the present chart at weddings, parties, functions, corporate events hotels and clubs etc. They also have a set of nursery songs for children's events and pre-schools. Paul was until November 2006 also doing vocals and guitar in the punk band Drain. Paul also has many years of recording experience of his own bands and other bands. A demo of his recording work is can be listened to on his band web page. He has a recording studio with the latest digital technology. He has been a member of the Musicians Union since 1998.

Download File
An article from the North Devon Journal
http://www.northdevonjournal.co.uk/Ukulele-lessons-build-team-spirit/story-19817573-detail/story.html

An article from the Bideford and Beyond website
http://budeandbeyond.co.uk/the-ukulele-man/

An article from the North Devon Journal
http://www.northdevonjournal.co.uk/love-politics-punk-rock/story-15804832-detail/story.html
Interview with me
http://audioboo.fm/boos/692628-interview-with-me-about-my-business-using-ndevon-by-sarahlescott 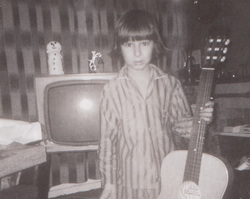 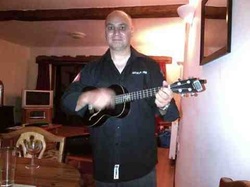 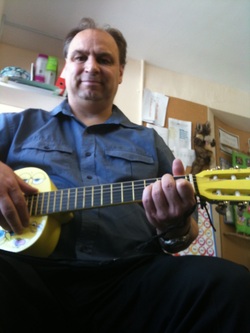 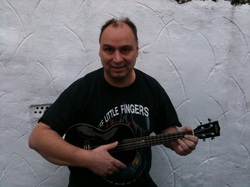 Playing live in Combe Martin with Drain for Sure Start 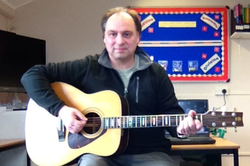 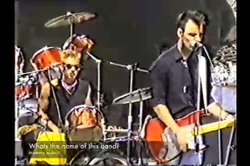 Playing on Ilfracombe sea front with the Pyromaniacs of Outerspace